For a decade providing the local community with Spanish Language TV has been part of WPAA-TV's mission. With community support affirming its relevance it will remain so. For more information go to https://wpaa.tv/watch/in2languages/
Skip to content
Search

For a decade, providing the community with Spanish Language TV has been part of WPAA-TV’s core mission. Often people are unaware of what can be seen on community TV or how content is determined. In this season of giving, it seemed to be a good time to share some history about the the gift of learning language by watching community TV.

The cablecast of DW.de content as Community TV in Wallingford is possible through a #GoodEnough2Share arrangement with the Spanish Community of Wallingford (SCOW). The cablecast schedule is designed to support language literacy in either English or Spanish by viewers of the local TV channel: Comcast 18/​1070​ ​in Wallingford or Frontier 6091 in CT.

Watching television is reportedly one of the most common ways for people from different cultures to learn a new language. The value of our initiative is heightened by the quality of the programs available to us from dw.de. Their news magazines provides useful, informative content to viewers. Our scheduling format provides the opportunity to increased language literacy skills.

As one viewer put it:

#in2languages is much better than  watching sitcoms and guessing what is being said.

In addition to watching on cable TV channels, our juxtaposition of this excellent content can be viewed from anywhere in the world via our HD streaming platform on the wpaa.tv website. However, the impetus for the program remains to provide a local language literacy resource.
For viewing information go to our webpage

In the initial years, content was scheduled to play concurrent with a high likelihood that community members might watch on the TV in SCOW’s lobby/wait area.

Since its inception in 2012 as a 13-week pilot the program, the governance team considered the collaboration mission-centric. In 2013, then Board member Rich Mavrogeanes said, “The Spanish speaking community is underserved with local content. In WPAA’s first Strategic Plan (2010), the organization recommitted to long-standing community media principles of serving ‘underserved populations’. This is how it can be done.”

#In2Languages #En2Idiomas continues to be central to the mission of WPAA-TV even as the latest strategic plan refocuses on local stories: To increase awareness, value and relevance within the community of Wallingford with local stories. WPAA-TV’s commitment to underserved voices remains. The local productions and collaborations selected by WPAA-TV to fulfill its mission are anchored in the fundamental principles of citizen media* including “inclusion, equity and diversity as critical assets for a thriving democracy.”

Now a decade old, #In2Languages | #en2idiomas remains integral to WPAA-TV thanks to the generosity of community donors. Special thanks to Michael and Zorayda Cocchi whose annual donation to WPAA-TV seeds the community donations for this initiative. $900 is needed to cover the spanish content cost. The English versions of the same stories remain available via a generous content grant from Deutsche Welle.

Over the years, wpaatv secured grants to cover the costs of all content. Today the the initiative’s existence is reliant on community support. Friends of SCOW and WPAA-TV donate to WPAA-TV via the community-wide GreatGive fundraiser in May. May is when the DW contract renews. Community support reaffirms #in2languages #en2idiomas is relevant. Relevant content is a gift. The volunteers at WPAA-TV look forward to supporting this midday gift of language literacy in 2022.

In 2019, the health magazine In Good Shape | Enforma was added to the program line-up. At the same time scheduling was extended from weekdays to include Saturdays. The video above was produced in 2017.

Note: It should be noted that the principle sited governs how the organization invests its resources in the public interest. WPAA-TV has no editorial control over local producers nor does it have the ability to restrict eligibility because people do not abide by operating principles. 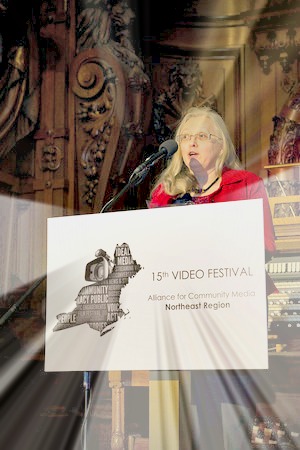