In the quiet town of Wallingford, Connecticut, nestled on the edge of Center and South Orchard Street, sits a former barn turned “Community Media Center”. Where cultivated hay and livestock used to be stored, creative and exciting media is now being made. The Wallingford Public Access Association, or WPAA-TV, is one of the 3 local TV stations in the town of Wallingford. It is operated by volunteers to be used by the community and allows community members to express their freedom of speech and share their creative passions, talents, and thoughts.

Visitors to WPAA-TV are immediately greeted by the mural of a tiger on the north side of the building, painted by internationally recognized graffiti muralist, “ARCY”. The mural was named “Hercules”, after the Greek hero affiliated with heroic, empowering, and transformative stories.

Local TV in Wallingford dates back to as early as 1975. WPAA-TV, the nonprofit, was formed in 1993. In 2013, WPAA-TV would be open daily and be as a 24/7 station, and also calling itself a media center. Over the years, much like the industry itself, WPAA-TV has adapted to and utilizes video production technology in order to make high-quality content. Studio cameras, a control room, and professional-grade lighting sit upstairs in the old hayloft-turned-studio. Camcorders, GoPro cameras, and other video equipment is also available to use for any and all creative projects.

Many people walking through the doors at WPAA-TV have no formal education in television broadcasting or production. They could be anyone from friends, neighbors, or even your barber. The beauty with WPAA-TV is that essentially anyone is able to walk through the front door and start their own show. As long as shows do not violate copyright or FCC laws, an idea can become reality.

Viewers can expect a variety of programming when tuning in to watch. Programming is oftentimes “whatever walks through the front door”. Viewers can expect a mix of locally recorded shows (political debates, masses, high school sports games, etc.), global news content, and in-studio shows made by the general public. WPAA-TV staff members try and find interesting and compelling content week after week. Some shows, like “Focus on Europe” and the Spanish speaking “Enfoque Europa”, are structured to air in both English and Spanish content, usually back to back in scheduling. The bilingual content is structured for language literacy and attracts viewers of different languages to enjoy.

Shows made in the studio include Music with Purpose, a talk show designed to showcase local musicians, including interviews and live performances, and Local Lens, another talk show that allows viewers to see local community members on tv talking about anything from their businesses, local theatre productions, among other topics. WPAA-TV prides itself in partnering with other organizations in the community including the Wallingford Public Library, the Spanish Community of Wallingford, and the Record-Journal, in order to reach different groups within the community.

WPAA’s mission is to be “More than TV”. In 2017, the board declared that WPAA-TV be “More than TV”, whereas the organization be more than the tools and means for TV creation. The building and the resources were to be used for collaborations, a gallery, space for civic groups and a theatre. All of this combined would create a greater sense of community among anyone who wants to use the space.

With the help of an interchangeable curtain and a set of chairs, the studio can be transformed into a black box theatre for local theatre troupes and productions. A green curtain allows the studio backdrop to act as a green screen, where people can act out scenes or present messages in front of a desired background added digitally behind. Comedians, readers and other entertainers are welcome to show their talents to a live audience.

WPAA-TV also actively partners with local nonprofit groups to help further or spread their messages. The main floor of the WPAA-TV building boasts vibrant art and photography projects from local artists. The “Street Shotz” gallery on the lower level of WPAA-TV is a collection of photographs that visitors can come and see free of charge. The gallery is an example of Social Action Art, where the art is used to make a difference of what it shows. The StreetshotZ gallery has a donation bin where guests can donate non-perishable food items to the Master’s Mana organization.

WPAA-TV offers internships to both High School and college students. Students from Quinnipiac University, Albertus Magnus College, and Marist College have all interned for WPAA in the past. WPAA offers students hands-on experience in various parts of television production. Those interested in participating in an internship for credit are encouraged to reach out to Susan Huizenga, the Volunteer Executive Director of WPAA-TV. Even if not for educational purposes, WPAA-TV is available for youth groups, scout troupes and other clubs that are interested.

WPAA-TV content is featured on YouTube, making it possible for those without televisions or cable in their households to be able to have access to its content. Many of the show hosts have their own YouTube channels in addition to the main WPAA-TV account, allowing fans to follow along with their shows as well as look at previous ones.

Along with the content, WPAA-TV has developed a strong and very active social media presence. In addition to its branded Facebook page (WPAA-TV and Community Media Center), WPAA-TV has another account Freeman P. Quinn. Freeman, a blue cartoon penguin, acts as an avatar and personality of the station. The account is for WPAA-TV administrators to reach out to community members. The use of social media is something that many other community television stations have not adopted across the board. Social media usage not only is way to stick to the mission of “More than TV”, but also a way to reach a wider audience.

In addition to its social media presence, WPAA-TV has a significant physical presence in the community. WPAA-TV staff members have visited Wallingford High School, Wallingford Alliance meetings, and presentations of community leaders. In places like this, students and community members are able to interact with staff, and even Freeman himself has come to these presentations, as someone from the organization puts on the blue and white penguin costume on occasion.

Every October, WPAA-TV holds “Community Media Day”. The event is supposed to act as a self-promotion of the station, as well as quite literally getting a “foot in the door”. The entire day allows community members to come in and do a wide variety of activities with television equipment or in the studio. Local town officials running for office can come and promote their campaign, organizations can do holiday greetings in front of the green screen, and live performances are often done on as well.

Recognition in the Community

One of the most common sayings about WPAA-TV from fans and producers alike is, “I wish I knew this was here before”. Awareness of WPAA-TV is low outside of the existing pool of Facebook likes and users. But why is this? Many WPAA-TV users may not standard cable packages or social media.

The scaling of WPAA-TV in terms of growth and organization happened at the same time as the boom in television and internet capabilities in the 21st century. Gone are the days of channel surfing, and cable viewership as a whole has taken a hit with streaming services and other avenues on the internet. Many households are cord-cutting. As a result, coming across community television stations is not as common. Many viewers who watch community television are watching because someone they know is on their screens. Even with a 500% increase in user activity and an open-door policy throughout the week, WPAA-TV isn’t widely recognized.

The list of awards dates goes on and back almost two decades. Although having recognition beyond the town WPAA-TV is still somewhat unrecognized in Wallingford. With content that reaches a wider audience and allows members of the community to tap into their creative self, WPAA-TV hopes more people will contribute to and attract viewers for the station.

WPAA-TV seeks to empower Wallingford residents’ creativity. With a heavy influence on free speech, the content is by the people of Wallingford for the people of Wallingford. Whether it be tv shows, theatre productions, or comedy shows, all content is for the overall benefit and enjoyment of the community. People interested in WPAA-TV are encouraged to like the Facebook page (@wpaatv) and subscribe to their YouTube channel (WPAA-TV and Community Media Center). If you’d like to learn more about starting your own show, the volunteer Executive Director Susan Huizenga is available for presentations and tours of the facility upon request. 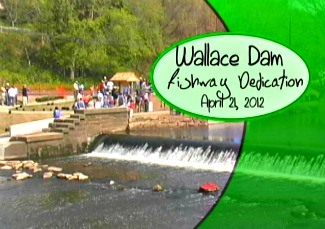 Citizen Mike: a service to the town and a lot of fun